Are The Fire And Rescue Service Moving Away From Ionisation Technology? 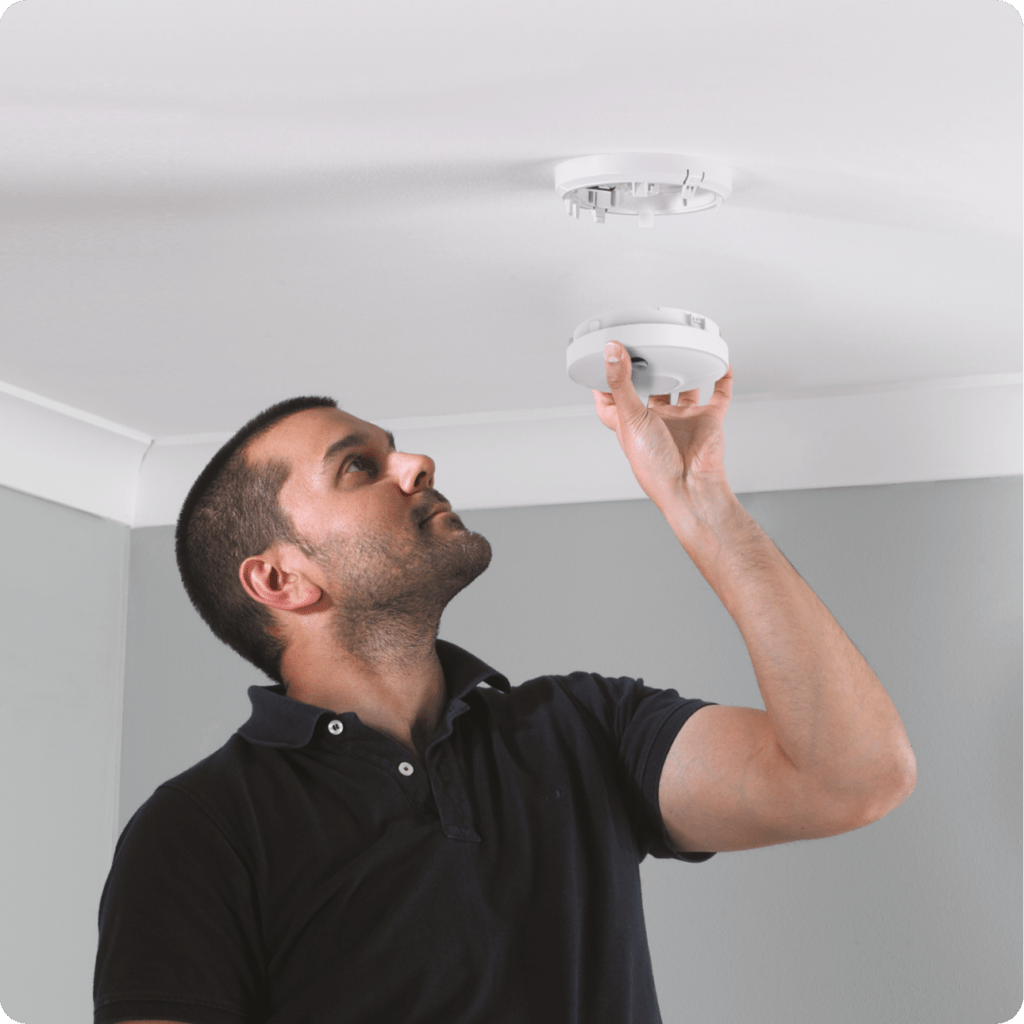 The Fire and Rescue Service have learnt a great deal promoting smoke alarms to the public and making people safer within their homes. This interview with Mark Hazelton looks at the different types of smoke alarms that are available and the benefits of multi-sensor technology, whilst emphasising the importance of carbon monoxide awareness and protection.

Mark Hazelton has worked for the fire service for more than 29 years in various roles, including Group Manager and Community Safety Development Manager for London Fire Brigade. Previously, Mark was a firefighter for 11 years at several stations in Kent. He is the National Fire Chiefs Council’s (NFCC’s) Lead for Carbon Monoxide Safety.

London Fire Brigade do over 80,000 home fire safety visits every year. During these we give all sorts of safety advice, but we also fit smoke alarms where needed.

We recommend fitting multi-sensor alarms in the home. We’ve moved away from ionisation alarms (normally the cheapest alarms sold) as these will work to detect fires, but can be over-sensitive. Hence they will often cause spurious (false) alarms if toast is burnt, for example. In fact, cheap ionisation alarms are largely responsible for the public believing fire alarms are “annoying” devices rather than an essential piece of protective technology.

We’d also recommend not installing fire alarms with a replaceable battery. Quite often these batteries are taken out to be used for another device or, when the alarm makes a low battery chirp, they are removed to stop it sounding. Then they don’t replace it. Therefore we’d recommend alarms with fixed term batteries – when these have a low battery, you have to replace the whole alarm. This also ensures the detector head (the bit that detects the smoke) will be renewed, ensuring it has not worn out or deteriorated.

What are the benefits of multi-sensor technology?

There are different types of fires in the home. These can be fast-burning fires (e.g. a flammable liquid) which will be fast-spreading, produce a lot of heat and have a relatively ‘clean burn’ (not so much soot), or you can get smouldering fires. These fires are the kind typically produced when a cigarette is dropped down the back of a sofa, where the fire ‘smoulders’ for a long time before it really emerges. Hence, this type of fire produces a lot of particles, but not as much heat or energy as fast-flaming fires.

Multi-sensor alarms are also beneficial as they cater for all types of fire – they work to detect different elements of fire in a combined alarm. They also avoid the false alarms you can get in single detector element alarms.

What are the issues with ionisation alarms?

There are two real issues with ionisation alarms:

With reference to the old-fashioned cheaper ionisation alarms, these are over-sensitive to spurious sources e.g. dust, toast, insects that can cause false alarms. As a result, we often find that people take out the ionisation alarm batteries, or physically break them, when they are sound erroneously.

The other issue is the environmental issue. There is a tiny radiation source within ionisation alarms and if many of these alarms are disposed of together, they could pose an environmental risk. Nowadays alarms tend to be gathered together to be recycled rather than being dispersed.

Where should you fit smoke alarms in the home?

Fit them everywhere a fire can start.

We would never advise fitting smoke alarms in the kitchen because normal cooking fumes will typically set them off. Have a heat alarm in the kitchen, and smoke alarms everywhere else, primarily this will be bedrooms, lounges and halls but particularly areas where you do any of the following; smoke, leave electrical items powered on or on charge, use any kind of naked flames such as candles, or use mobile heaters. The 2 exceptions are the bathroom and toilet as these are unlikely to be the source of the fire.

It is important to note that behaviours and lifestyles have changed. There are now a lot more electrical items around us, which can present a fire risk when left unattended (e.g. charging a phone). You may think white goods/domestic appliances are safe, but occasionally these too can develop a fault and cause a fire. Fires started by cigarettes are the biggest causes of fire fatalities, so we’d advise giving up, or smoking outdoors.

How should people look after their smoke alarms?

Secondly: Test them regularly. Go by the manufacturer’s instructions but test them at least monthly so that people recognise the sound of them and know what to do should they go off in a real fire situation.

Thirdly: Make sure you vacuum them at least once a year to get rid of any dust.

Finally: Make sure you take action as soon a low battery is detected. Don’t ignore it, but replace it as soon as possible.

Make sure you get carbon monoxide alarms too. Carbon monoxide, known as the “silent killer”, is a toxic gas that you can’t see, smell or taste and people don’t recognise the symptoms of CO gas in the home. If you have any fuel burning appliance e.g. coal, wood, oil, or paraffin, make sure you have a CO detector in the room with that appliance. Also ensure that these are serviced annually, in addition to making sure your flue is cleaned on a regular basis. Never block air bricks.