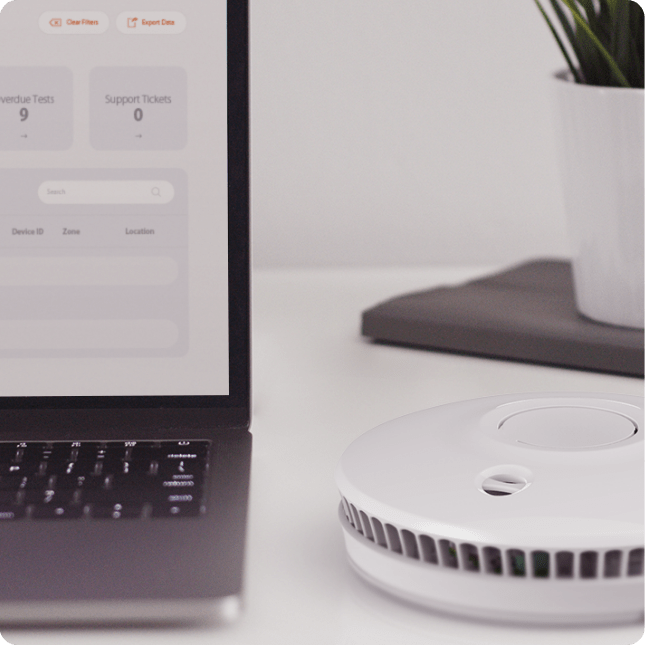 As a private landlord, there are a multiplicity of guides and legislations that you need to consider in order to provide an adequate level of fire safety for your tenants. These will be dependent on the type of property you own, such as single household occupancy, HMOs or combined residential and commercial properties, to the type of tenant at hand (e.g. families, disabled or otherwise vulnerable persons).

Your location within the UK will also have an effect, as fire safety legislation is enacted differently under the three jurisdictions of England & Wales, Scotland and Northern Ireland. Whilst there is a large degree of overlap, some of the discrepancies can be small but significant. For instance, The Housing Act 2004 applies to all residential properties, but the Fire Safety Order also applies to some of these properties, which can be confusing for landlords.

The following post aims to make fire safety legislation simple for private landlords, giving a broad overview of relevant legislation throughout the UK. It is important to note that this is not a substitute for more detailed government advice, which can be found linked throughout the article.

Which acts and fire safety regulations/guidance apply to your property?

All housing is subject to the Housing Act 2004, which introduced The Housing Health and Safety Rating System (HHSRS or the Rating System) – a risk assessment approach that identifies 29 potential hazards (including fire) to be considered in domestic accommodation. The Act is enforced by the Local Housing Authority, and includes the licensing of houses in multiple occupation (HMOs), management regulations for HMOs, and home information packs.

The Fire Safety Order covers general fire safety in England and Wales, whereby Fire and rescue authorities (and other enforcing authorities) have a duty to enforce fire safety in non-domestic premises, with a few exceptions. For instance, the Order applies to the common areas of houses of multiple occupation, flats, maisonettes and residential care premises.  The Order does not apply to private homes, including individual flats in a block or house,

Under the FSO, there are a number of fire safety duties placed on the “responsible person” which  is typically the employer or the person in “control of” or owns the premises, such as a private landlord. For more information about Fire Safety Order & Risk Assessments, see our interview with Ceri Flavell

Under this fire safety legislation, private landlords in England are required to have at least one smoke alarm on every level of their property. A working carbon monoxide alarm should also be installed in any room with a solid fuel-burning appliance (such as an open fire or woodburner). Private landlords also must make sure the alarms are working at the start of each new tenancy.

It is important to note that the 2015 legislation does fall slightly short of the recommended fire safety outlined in BS 5839 pt. 6, so it is recommended that landlords abide by the former.

Applies to New Builds – applies to new builds, materially altered dwellings, loft conversations and certain building extensions for standard dwellings and any other work that requires a building warrant.

Approved Document B specifies that:

“Buildings are to be designed so that there are appropriate provisions for early warning of fire, and apt means of escape in the event of fire”

In section 1 “Fire detection and fire alarm systems” it specifies that all new dwelling houses should be provided with a fire detection and fire alarm system to at least a Grade D Category LD3 standard (as outlined in BS 5839-6:2004). It also recommends that, should occupants/tenants of the dwelling house be at special risk of fire, it is more appropriate for private landlords to provide a higher standard of protection, e.g. by implementing additional detectors or an LD1 system.

In Scotland, requirements on general fire safety are covered in Part 3 of the Fire (Scotland) Act 2005, supported by the Fire Safety (Scotland) Regulations 2006.

Part 3 of the Fire (Scotland) Act 2005 applies to sleeping accommodation/private landlords. It requires those with “responsibility for the premises” (e.g. the private landlord) to place appropriate fire safety measures, based on the assessment of risk, to ensure the safety of others.

Section 13(1) of the Housing (Scotland) Act 2006 – the Repairing Standard -covers the legal and contractual obligations of private landlords to ensure their property meets minimum safety standards. This includes the provision for detecting fires and warning in the event of fire.

In determining whether a house meets The Repairing Standard, legislation recommends consulting the building regulations. but this does not mean that privately rented property must always comply with these. However, it is recommended that landlords meet the standards set by the Building Regulations – or be able to adequately justify why if not. For more information see Fire detection in private rented properties: guidance.

Scotland’s Technical Handbook states that dwellings should be provided with a Grade D alarm system:

Depending on the property, the above generally equates to a Category LD2, where all alarms should be Grade D (mains powered with a back-up power supply) and all alarms should be interlinked. The handbook recommends installing an alarm system in-line with BS 5839-6: 2013 (see ‘recommended best practice’ below) .

There is no specific fire safety legislation covering the private rental sector in Northern Ireland, as domestic premises are excluded from the  Fire and Rescue Services Order (NI) 2006 (with the exclusion of HMOs).

However, under the Private Tenancies (NI) Order 2006 landlords must ensure their properties are “safe and would not cause injury or death to occupants” and must be able to prove “due diligence” in court, should a fire occur. Fundamentally, fire safety in rented accommodation should be equivalent to that of a new build. It is therefore best practice to follow fire safety specified in the building regulations.

Technical Booklet E states that all alarms should be Grade D (mains powered with a back-up power supply) and interlinked so that when one alarm goes off, they all do.

What is the recommended best practice?

Changes in fires safety legislation reflect the importance and necessity for private landlords to install life saving fire safety devices. These laws offer tenants protection against fires and the threat of carbon monoxide, however, they often fall short of the protective levels recommended in British Standard BS 5839-6:2013.

The BS 5839-6:2013 (also known as BS 5839 pt.6) is guidance set out to help private landlords meet and go beyond legislative requirements. Fundamentally it provides a level of fire safety that is recommended as best practice.

For carbon monoxide alarms follow British Standard – BS EN 50292:2013 (See our smoke and carbon monoxide regulations in the UK blog post for more information). This standard states that a CO alarm should be fitted in any room that:

As a private landlord, there’s a wealth of information out there regarding your fire safety obligations, but it is vital to start with the legislation that applies to you. However, it is always recommended to anticipate changes in legislation, and so install a “best practice” fire safety system which may be above the minimum specified (such as LD3 in England) –  it is better to be proactive rather than reactive.

Are you a private landlord wanting to check you’ve covered all the appropriate fire safety areas in your property? Then we’d recommend downloading our fire safety checklist for landlords below.