Could sensor technology help stop the surge of disrepair claims against social landlords?

As legal firms who represent social landlords hire extra staff to cope with disrepair claims, data from IoT devices could be essential in preventing costly cases. 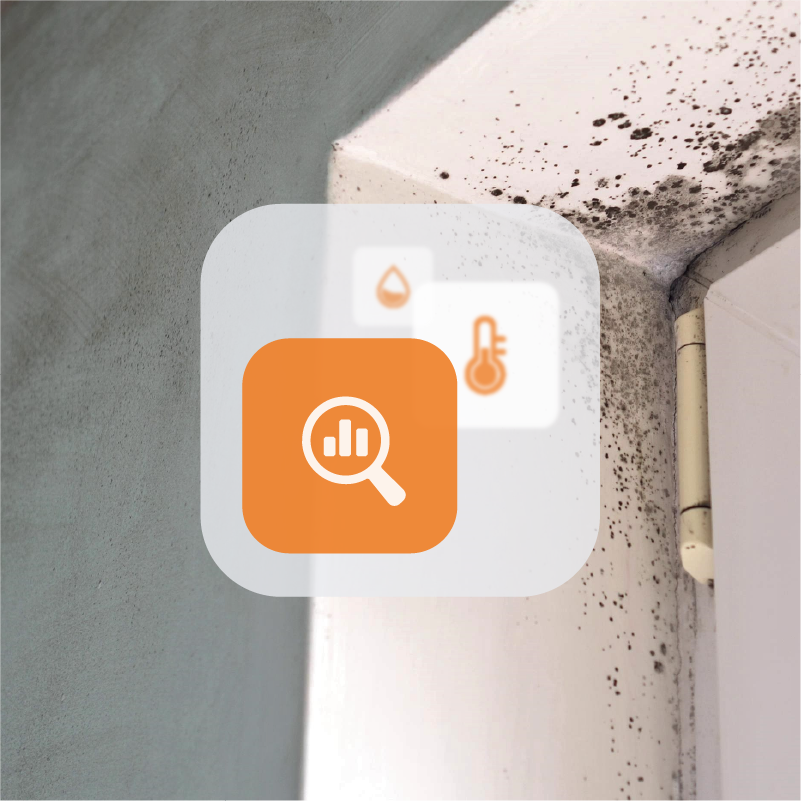 Social landlords are being forced to pay at least £45m to settle tenants’ claims over homes in disrepair, council data has revealed.

One firm has more than tripled its housing litigation team to cope with the rise, whilst another is receiving up to 15 new claims every day. The research revealed councils across England had paid millions of pounds to claims brought forward by tenants between 2017-18 and 2020-21.

The rise in legal claims is said to be the result of cuts to legal aid, a shift in focus for claims management companies and an increase in cases of tenants living in disrepair.

Another explanation behind this surge in claims could be the Homes (Fitness for Human Habitation) Act 2018, which became law in March 2020 in England. The law aimed to protect tenants by giving them the power to take legal action against landlords they believe are not maintaining their property to meet minimum standards of human habitation.

Under the Act, if a landlord has not repaired a home in ‘a reasonable amount of time’ after a tenant has complained about a problem, tenants are legally entitled to get a lawyer or solicitor to make a landlord repair a property without affecting a tenancy agreement.

And with the Renting Homes (Fitness for Human Habitation) (Wales) Regulations 2022 coming into force in December this year as part of The Renting Homes (Wales) Act 2016 updates, it’s likely the number of disrepair claims from tenants will continue to rise.

In the Housing Ombudsman’s report, ‘Spotlight on Damp and Mould; It’s Not Lifestyle,’ it asks landlords to be proactive in identifying homes that have or may be at risk of developing problems rather than putting the onus on residents to report an issue.

This follows guidelines outlined in the Charter for Social Housing white paper, where further pressure is placed on housing providers to offer high quality, safe homes in good repair – including tackling any complaints of damp fast and efficiently.

The Housing Ombudsman report identified 26 recommendations for landlords to implement, including using a “data driven, risk-based approach with respect to damp and mould” to help landlords identify hidden issues and anticipate and prioritise interventions before a complaint or disrepair claim is made.

A holistic view of property environment with the IoT

There are a variety of solutions available that enable housing providers to take a data driven approach to monitoring humidity and temperature levels in a property, including IoT sensors.

These unobtrusive sensors, provide real‑time data on a property environment, enabling housing providers to actively review and spot any properties at risk of mould or damp developing.

Data collected from IoT sensors not only provides a holistic view of all managed properties, but it can also play a role in future regeneration projects. Analysing the data for trends and patterns can show housing providers which regions or properties are particularly prone to problems, and ensure those properties have the right infrastructure in place.

Maintenance visits can be prioritised, allowing installation of better ventilation or insulation or identifying residents who may benefit from referrals to fuel poverty support groups if they need further help.

However, all this requires the right technology.

With FireAngel Connected, housing providers can create a tailored network of sensors and devices to detect everything from temperature and humidity to fire and carbon monoxide. IoT devices and sensors are wirelessly connected to the platform through our New Generation Cellular Gateway using Smart RF and Zigbee technology.

With Connected, housing providers can access each device’s data using FireAngel’s intuitive dashboard, allowing them to identify potential problematic environments. The platform’s open API allows data to be integrated into housing providers’ existing asset management systems for a centralised view on thousands of properties and devices.

And as we’ve designed our gateway to use cellular signals alongside a wi‑fi back‑up, housing providers can be confident that it’s always on and always connected.

To find out more about how FireAngel’s Cellular Gateway and Connected platform could support proactive not reactive planning, please get in touch with our team of specialists.