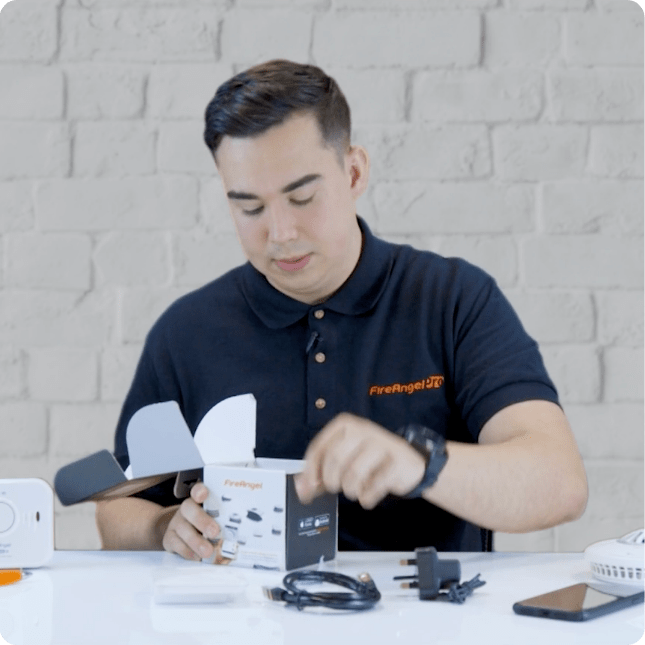 FireAngel’s Pro Connected range is the only range that allows you to build a network of mains powered and battery powered devices, and have them interlinked so that:

You can build a network of:

Follow the below steps to easily interlink your alarms and build your protective network.

Adding a Pro Connected Carbon Monoxide alarm to the network

Including a CO detector into the network is simple, let Wes show you how – or follow the below instructions.